We had a really nice rest stop in Azle with Elzi.  Not only is she a really nice lady and a hell of a cook but a very gracious hostess as well.  Soon after we pulled up and had the bike unloaded we were feasting on grilled "Beer-in-the-Butt-Chicken".  Not satisfied to leave well enough alone with that we had some perfectly cooked grilled steak the next day.  Were those steaks any thicker they would have had to label them as roasts.  Thank you, Elzi.  I finally have pleasant memories of Texas to supplant the memories of oppressive heat and mind-numbing cicadas.

Today was spent underground in Carlsbad Caverns.  As caverns go, this one wasn't too bad.  I've seen better...  I've seen worse...  What I don't see too often anymore is caverns that are lighted in such a manner that the natural color of the formations is apparent.  Too many places these days are using colored lights to "enhance" their formations.  Not Carlsbad...  They use plain lighting and allow the formations to "speak" for themselves.  Still, the lighting they use is very subdued.  This makes for a very "cavelike" experience but is not very conducive to photography.  Especially digital photography without a tripod or auxiliary lighting.  I've got a few of the better shots below.  With the exception of the first and third images, these were all two second or longer exposure times.  Most were four seconds.  For some of them I used a filler flash to capture the foreground but needed the long exposure time to capture the background.  It's almost like a double exposure all in one shutter movement. 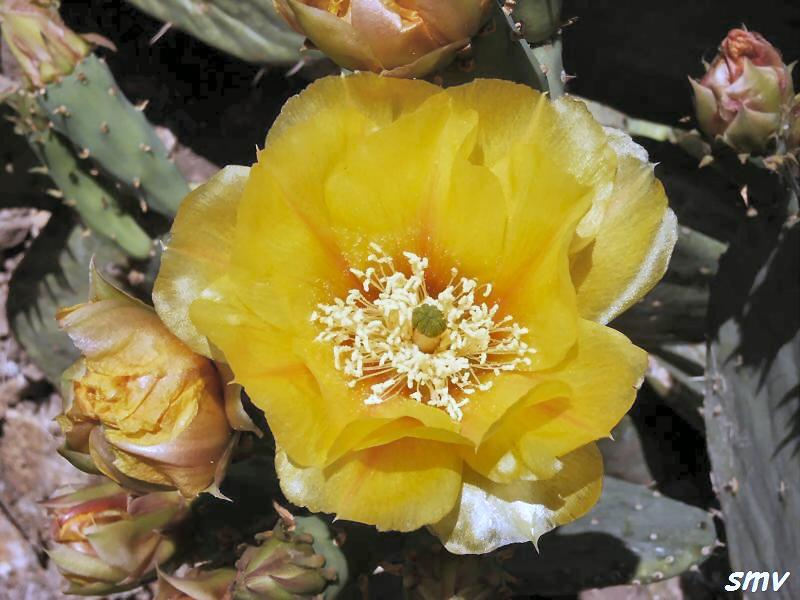 These Prickly Pear cactus blossoms were just outside the Natural Entrance to the caverns.  Tamara insisted on getting a picture of one of the thousands that were there.  I chose this one.

Looking back up toward the Natural Entrance.  We walked down from up there.  This was a four second exposure. 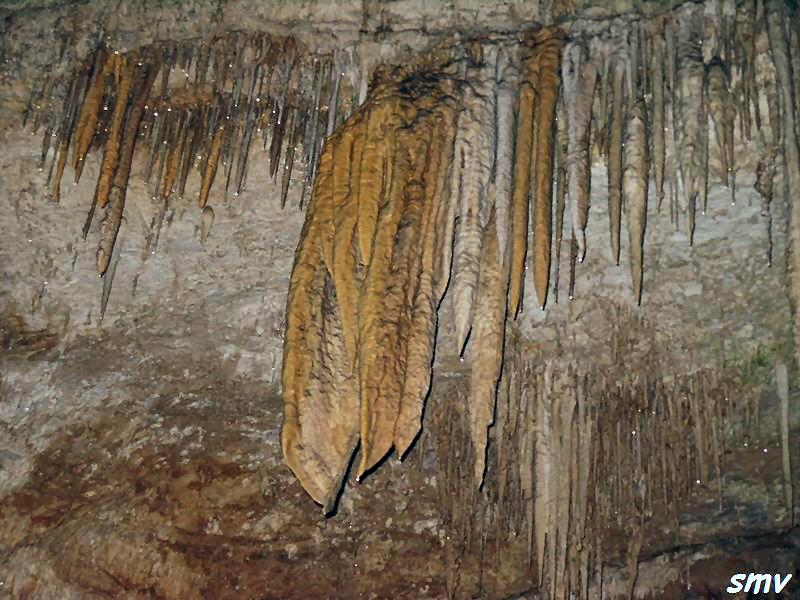 One of the few pictures I took in "automatic" mode.  The flash captured the little drops of water at the end of each of these stalactites. 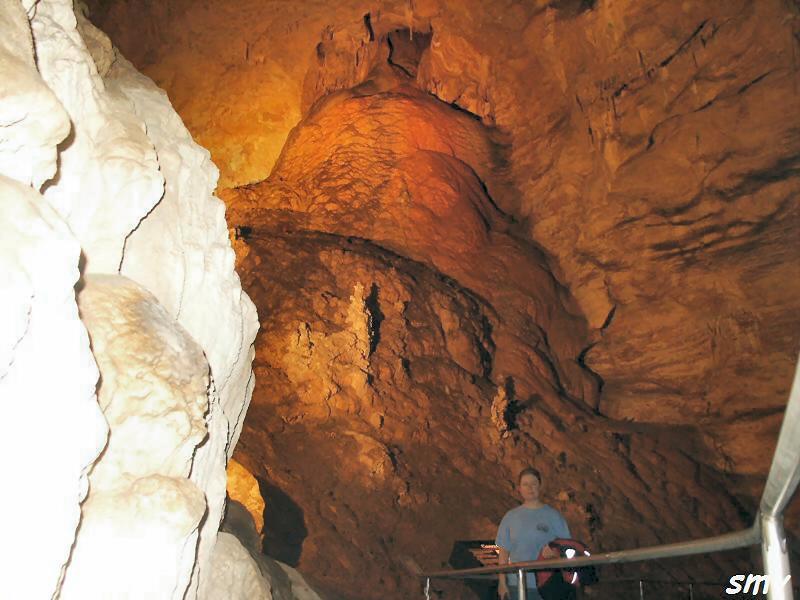 A "filler flash" photo followed by a two second exposure. 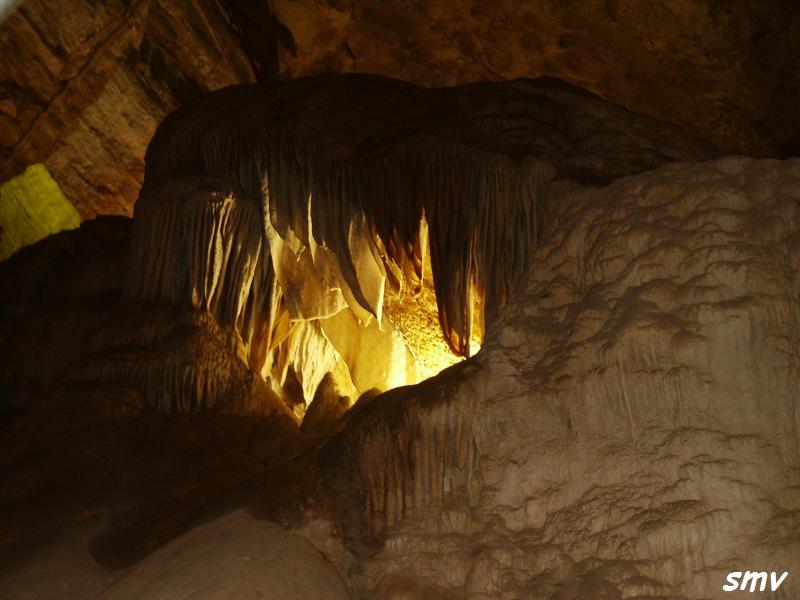 This formation is called "Whale Mouth".  This was a filler flash photo followed by a four second exposure.

Another four second exposure.  This is in "The Big Room".  To provide a little perspective, the two spires in the lower center portion are about thirty feet tall. 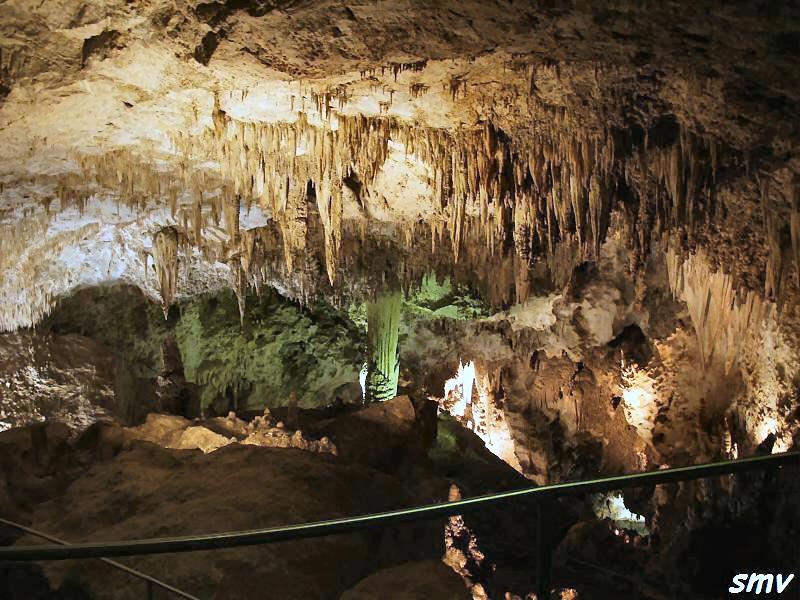 I really like this picture.  Just wish that hand rail wasn't there.  (Another four second exposure) 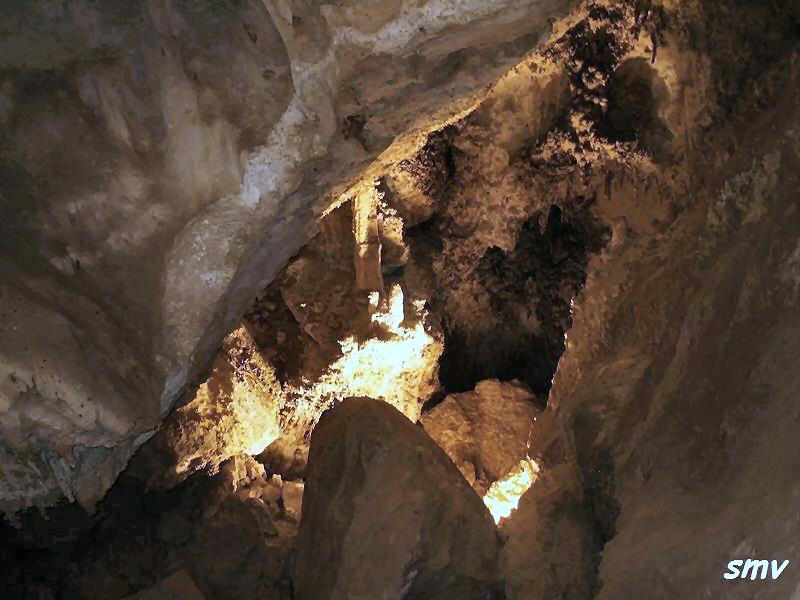 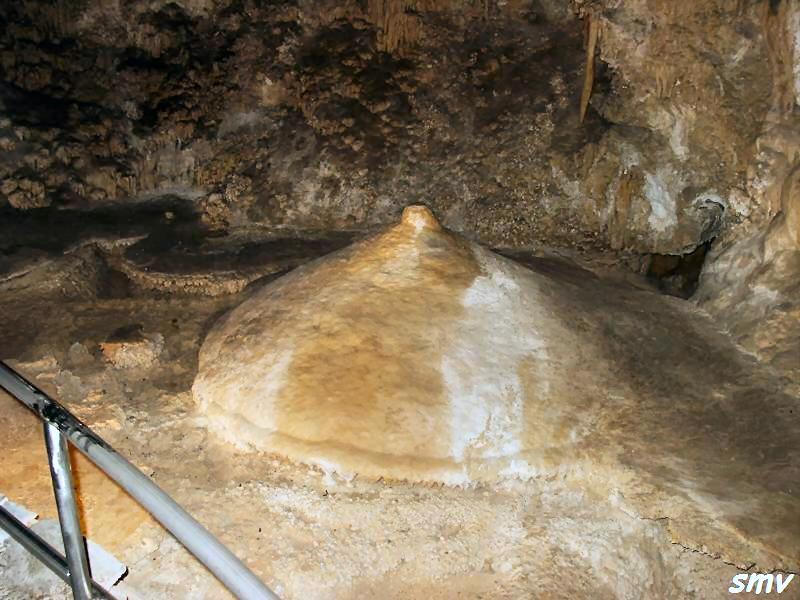 Nature can have a pretty good sense of humor sometimes.  I noticed they didn't have a sign naming this formation...

One of my favorites of the day.  The green color in this image (and the one three above) is natural, not enhanced.  Two seconds, no flash.

That's about all for tonight.  We're packing out very early tomorrow morning for our Bun Burner 1500.  We met with Norm and Linda this evening to get our IBA documentation signed.  You probably won't hear from us again until after we've had time to recuperate in Las Vegas.