Forty-Five miles per hour, that is.

Most of today was spent on roads that looked a lot like this. 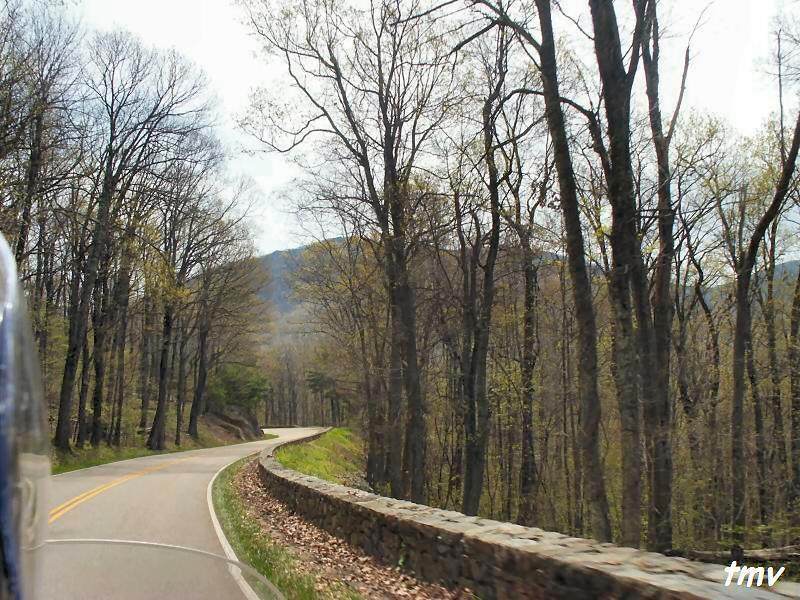 While dodging oodles of these 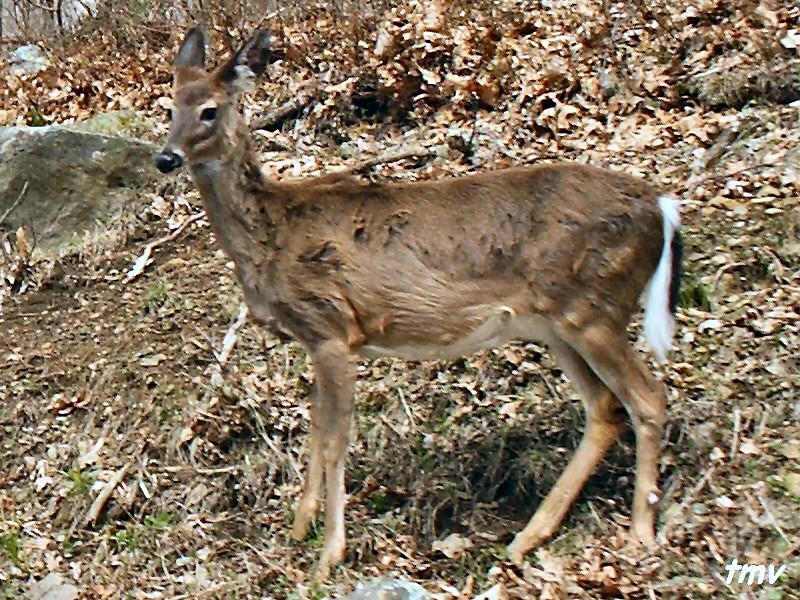 We left Ranson, West Virginia and turned south.  Quickly finding our way into Shenandoah National Park on Skyline Drive.  Although it was a bit nippy the rain held out and we stayed mostly dry.  With low clouds many of the viewpoints were ho-hum but we still had a great ride.  Here's one of the better views we had. 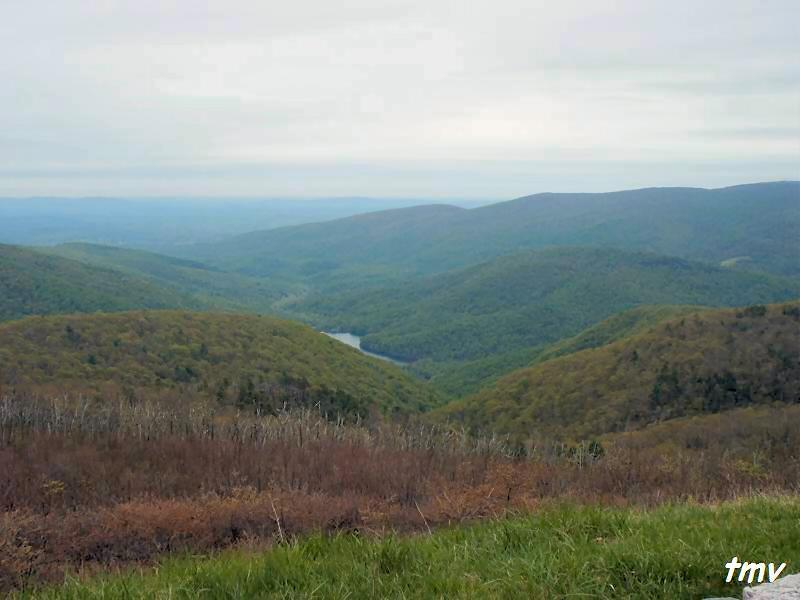 One thing that was rather surprising was the price of gasoline in the park. 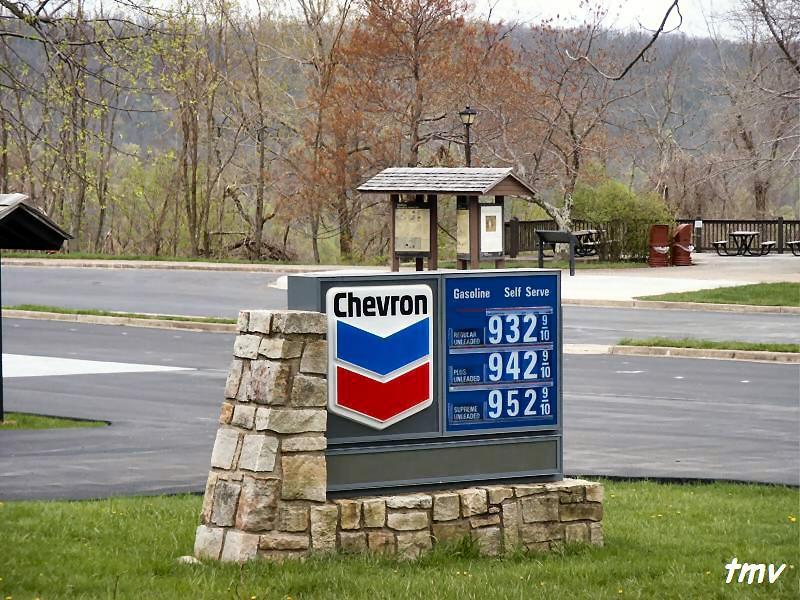 I think this was someone's idea of a joke.  The station wasn't even open...

Pretty soon we found our way out of the park and on the northern end of the Blue Ridge Parkway. 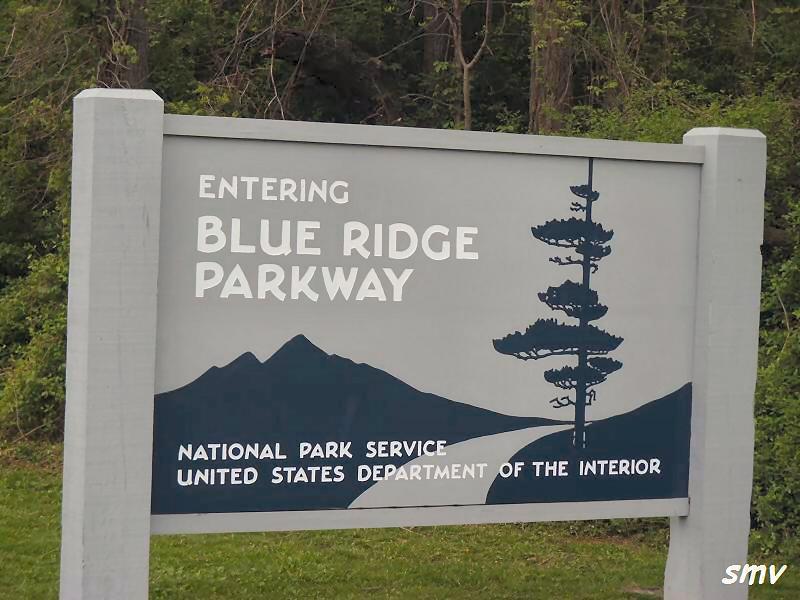 This is the end of the pictures for today.  Shortly after this we entered the clouds and everything started getting wet.  At one point the fog was so thick I had to stand on the pegs just to see the centerline over the windscreen.  The FogCity fog shields we bought yesterday are working GREAT.  The fuse for the aux lights melted...  I don't mean it blew.  I mean the plastic melted...  Fused its self to the holder.  Not sure what I'm gonna do now.